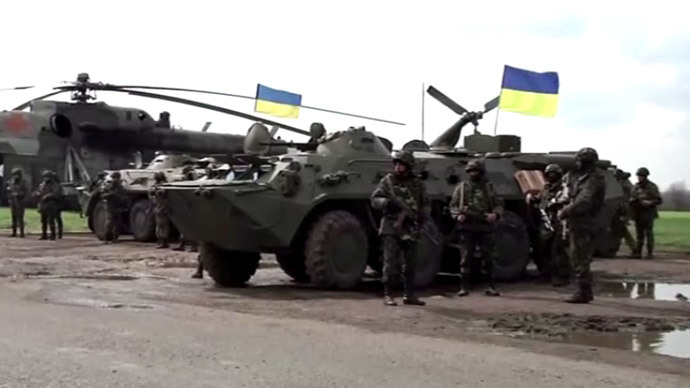 Ukrainian troops have seized an airfield in the eastern city of Kramatorsk, said anti-government protesters. Four people were killed and two injured, activists added. At the same time Slavyansk is being raided by the Ukrainian military.

Ukrainian troops approached the military airfield in armored personnel carriers between the eastern cities of Kramatorsk and Slavyansk, the people’s militia located at the airfield told RIA Novosti on the phone.

Other members of the militia have blocked the entrance to Kramatorsk and are ready to defend the city, the activists added.

The activists who controlled the base said they were forced to retreat.

Videos of military jets and helicopters flying over Kramatorsk, as the attack was launched, appeared on YouTube.


The activists who controlled the base said they were forced to retreat.

“There are about 60 units of armored vehicles. They have been preparing for several days, and now they started to storm [the airfield]. The protesters blocked their way, they started shooting, there are wounded. Our people retreated. There are about 15 tanks, the other units are armored personnel vehicles,” another member of the people’s militia told RIA. 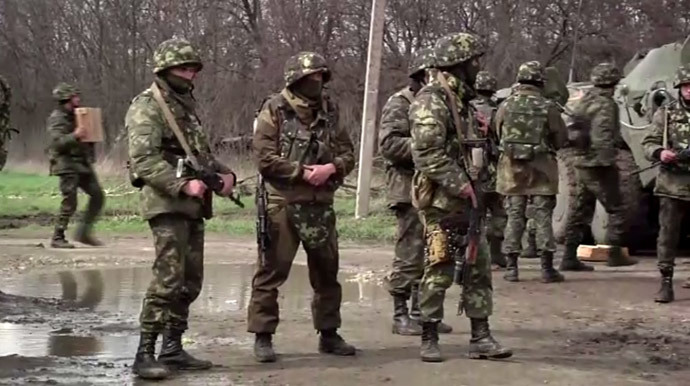 At the same time, the eastern city of Slavyansk is being raided by Ukrainian troops, the head of the Donbass people’s militia, Sergey Tsyplakov, told RIA Novosti.

“Currently there is a major attack on Slavyansk, armored personnel vehicles are entering the city… there are many troops. The men are getting ready to defend [the city],” he said.

In turn, the Ukrainian media, quoting the Ministry of Defense, announced a special operation in Kramatorsk on Tuesday. However, they provided no further details. 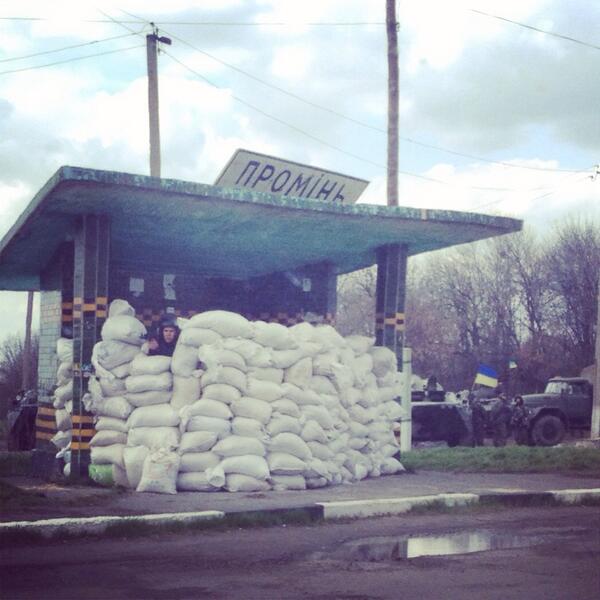 Anti-government protesters have been holding rallies in the south-eastern part of the country following the coup in Kiev on February 22. Activists have seized government buildings in most of the cities in the Donetsk region. On Sunday, the Kiev government launched a crackdown operation in Slavyansk. Following the event, Ukraine’s Security Council approved a full-scale security operation in the country’s eastern regions. On Monday, coup-imposed President Aleksandr Turchinov signed a decree to officially begin a “special anti-terrorist operation” in the east of the country.

“There is a lot of military machinery here,” said one of the activists. “But the shooting hasn’t started yet.”

Moscow slammed Sunday’s order as “criminal.” It was issued by the coup-imposed acting President Aleksandr Turchinov, and approved a full-scale security operation in the country’s eastern regions. 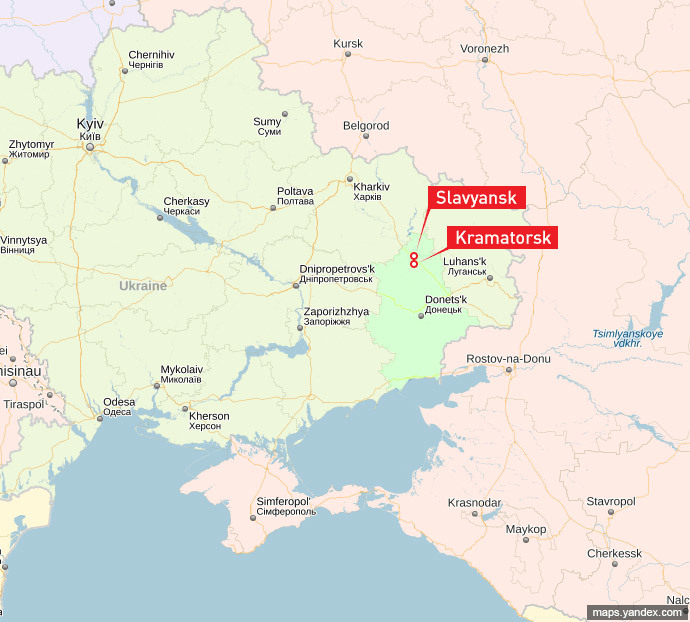