Few hours earlier: this guy along with other nationalists and high-rank police officer. Note: at the beginning of the video the other, military-looking, nationalist asks the police officer to organize “a pathway” for them to let them “make their job”.

April 29, 2014: the same guy talking with the Secretary of the National Security and Defence Council of Ukraine Andriy Parubiy. Then Andriy Parubiy presented there bulletproof vests to nationalists.

May 5, 2014: this guy at the Right Sector/Maidan activists/ultras meeting in Odessa: 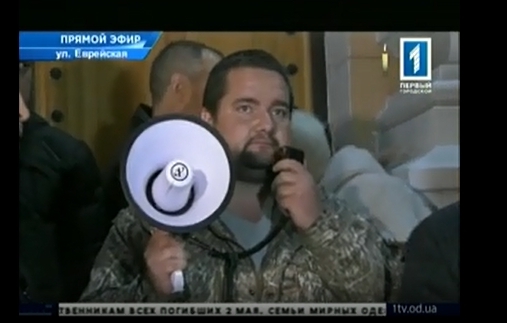 The shooter's name is Volkov Nikolay Nikolaevich. According to official reports, he was wanted by the Ukrainian police since 2012: 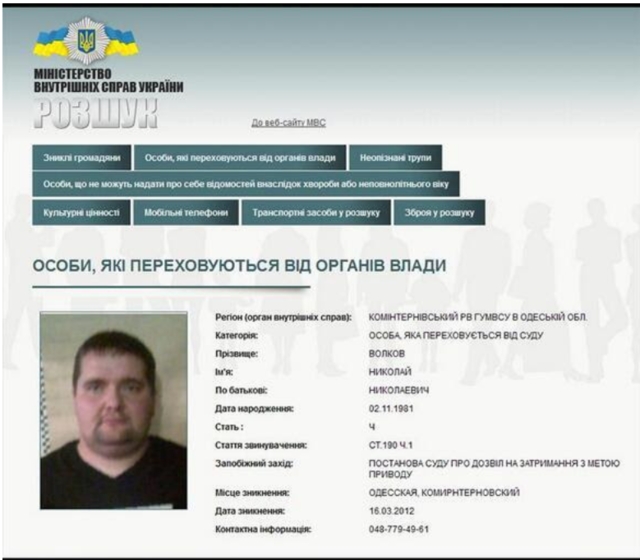